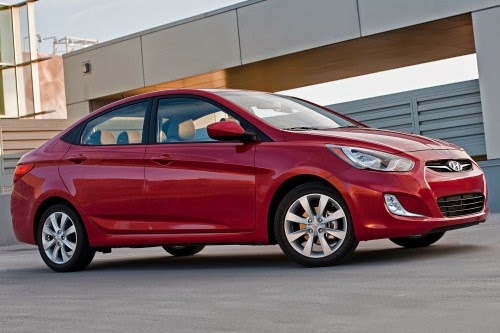 All 2014 Hyundai Accents are equipped with sliding sun visors, a driver-side blind spot mirror and one-touch, triple-blink turn signals. In addition, GLS models with the Premium package and all SE models have new projector-type headlights with LED accents, approach lighting, a tilt-and-telescoping steering wheel and an auto-up driver-side window. A sport shifter kit is a new option on manual-shift SE models.

As traditional compact cars get bigger and more expensive, well-equipped subcompacts like the 2014 Hyundai Accent sedan and hatchback are moving in to take their place. Priced comfortably under $20,000 when new, the Accent is one of many strong contenders in its class. Although it's considered entry-level, this Hyundai seldom feels that way in normal driving, where you're more likely to notice its spacious interior, smooth ride and respectable acceleration.
Like many of its rivals, the 2014 Accent comes in both sedan and four-door hatchback body styles, and in either case, there's enough headroom and legroom for adults to sit comfortably in both the front and rear. Although Hyundai doesn't offer as many high-tech features as some competitors, the Accent's cabin is attractive and well built. It also stays pretty quiet during highway travel, contributing to the impression that this is a truly grown-up small car.

The 2014 Hyundai Accent is offered as a small four-door sedan or four-door hatchback, either of which seats five. The sedan is available only in base GLS trim, while the hatchback comes in GS and fancier SE trims.
The GLS sedan comes equipped with 14-inch steel wheels, keyless entry, air-conditioning, full power accessories, a tilt-adjustable steering wheel, a driver-seat armrest a 60/40-split-folding rear seat, a trip computer and six-speaker sound system with a CD player, satellite radio, and USB and auxiliary audio inputs. (Note that a separate accessory cable must be purchased to allow iPod integration for Apple devices.) 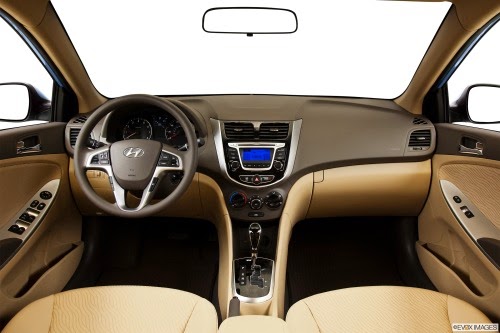 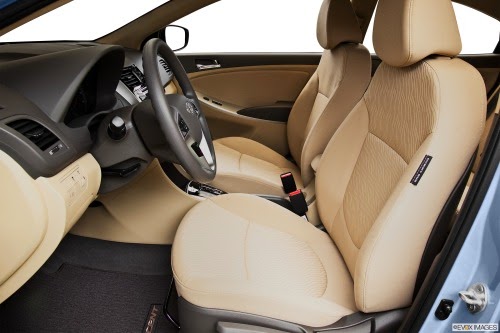 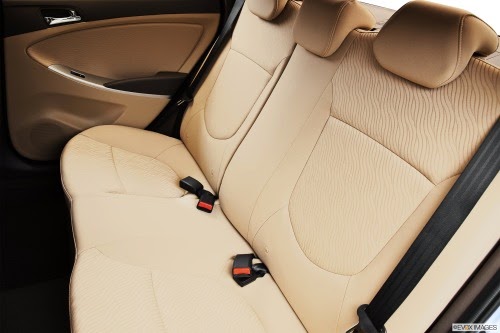 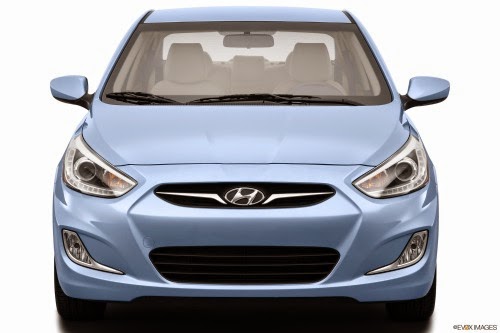 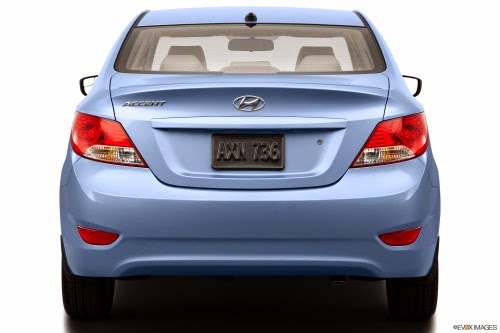 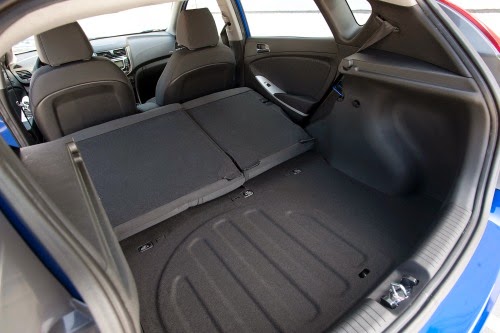 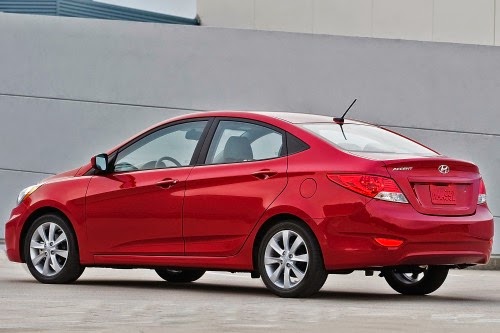